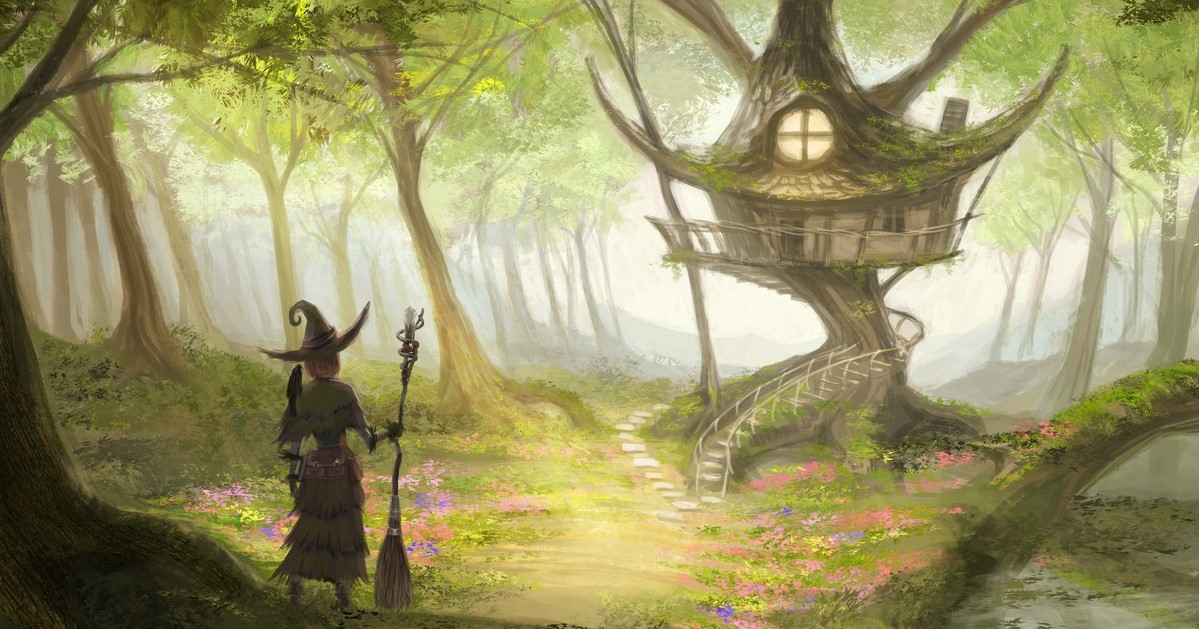 Long ago there was a village which was near to the forest. The forest was considered to be a very haunted and spooky one. There was a long tale which went down from generation to generation that there was some kind of magical substance which lived in the forest. However, a few villagers disagreed with this and so they believed it was just a normal forest and there was nothing spooky about it. There were also no animals except small rats and worms.

The forest was searched many times by brave and clever men but, they came back empty handed. Many of them realized they were only going round and round through the edges of the forest. They somehow couldn’t get too the middle part of the forest. Even the children knew about this fact that they were not allowed to enter the forest. However one such kid did not know about this fact that it (The Forest) was haunted. He thought the story about the forest was just a fairy tale just like the stories in his English textbook. This boy was known by the name of Peter and he is our story’s main character.

So, the story begins here. It was a winter day and it was very cold outside. The school had just ended. So, Peter thought to himself – I’ll go late home today so that I can have a long into the young rabbit’s hole and give it some carrots I saved for it. However as he going to find the rabbit’s hole and he lost his way it and he walked on without noticing that he was heading towards the haunted forest.

Now halfway through he realized he was in the forest, and since it was winter and it would get dark very soon, he got frightened. He looked around again and started thinking hard about which direction he should take to get back home. And so he chose his south side and started to run. He ran for quite some time, eventually he started to get tired. Finally he came across a little cottage which looked like it had been there for ages and was going to fall if somebody would just knock at the little wooden door. Nevertheless he plucked up the courage and decided to knock at the door.

He knocked the door, the door opened with a creek, but nobody was at the door. So he went in and shouted – Anybody here, could I have a glass of water, Please. And with a swish a person covered by a hood of the blackish-blue cloak the old women was wearing, it was a witch.

She opened her mouth and with a loud laugh she said “The curse has been broken, you are the first person to call for me and I have returned.”

“I never called you; I just wanted a sip of water and a way to return to my house. I also did not know the forest was so haunted and terrifying” said Peter

“Do you think I am so kind, no I am not at all, I have lived for over a 100 years. It was me who made up this hoax story and the villagers fell for the trap. I then went to the forest and rounded up all the animals. I trained them to be mine. Many men keep coming to find something to prove the hoax wrong. But my well trained animals hide around the trees and burrow’s and make scary noises. This keeps the men away from entering the forest- They get scared and of course they do not know that those are just some harmless animals making noises. But I was sure one would break through it and it’s a kid.” Said the witch in a reply which seemed to go on for hours.

“Anyways I finally get someone to be my servant and try my tricks.” And so she started to try her magic spells on Peter. Peter screamed in pain while the witch was enjoying herself.

Now Peter thought and thought that he must put an end to it. He looked around for something to block the spells. He threw himself under a table and the table was lit on fire by one of the witch’s spells. He then threw a chair at the witch but the witch dodged it. The he used a mirror to block the spell and instead it hit the witch and she screamed in pain. He then quickly escaped with the witch’s magic slippers which helped him fly back to his home. He also took a few magical things as he escaped from there.

Peter went back to his village and breathlessly he told the villager’s what had happened. Now the villagers praised Peter because he finally found out the reason why the forest was haunted. Even after several months peter was still famous at his school for his heroics. He however was a completely different person. He was now rich and the magic slipper and the other riches he had taken from the witch’s little cottage.

Many children craved of having the magic slipper including Peter’s very dear friend -Tom. Tom on many occasions had asked his friend Peter to lend him the magic slipper but Peter would not even let him touch the magic slipper. Now tom asked Peter one final time if he could have it for a day but he refused and now tom said he no longer is peter’s friend and so tom made up his mind to steal the magical slipper.

The next day he crept up to where Peter had left his magic slippers and replaced it with identical ordinary slippers. But very soon Peter realized that somebody had stolen his magical slippers. By nightfall it had reached the ears of the whole village. Peter had been searching it for many hours together. Tom was starting to feel like he was going to be found out. So he went back and returned the magical slippers back to peter and told him not to tell anybody that he had stolen his slippers. Peter forgave him and decided not to be so rude to anybody just because he has something which others do not have and decided to share his magic slippers with him and others who craved it.