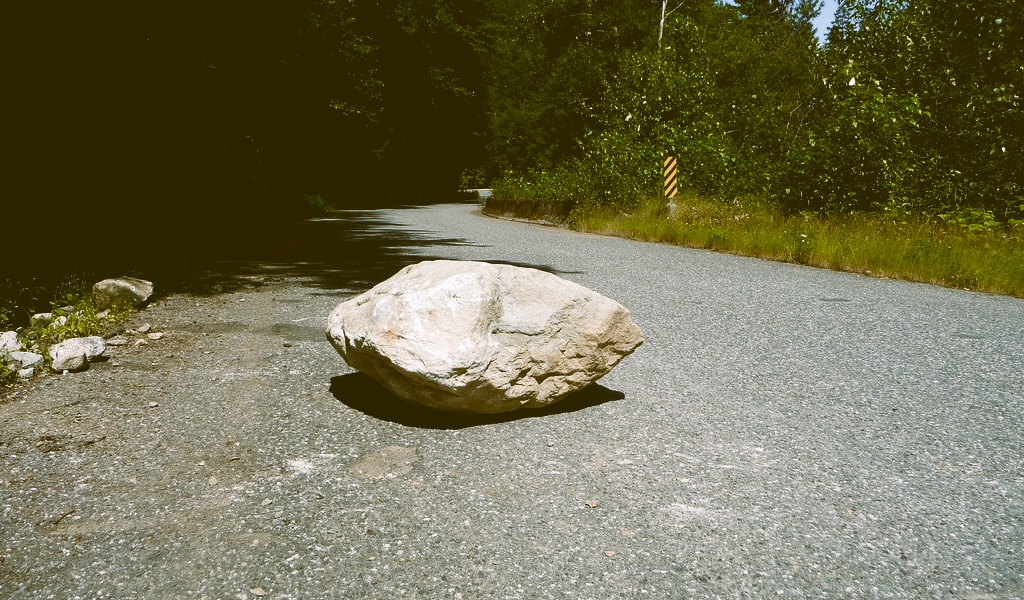 The Rock On The Road

One day the minister saw that the king was in a thoughtful mood. He walked upto the king and asked him “What are you thinking my lord?”

The king sighed and said “Are people becoming indifferent and selfish?”. The minister who was well known for his wisdom said “My lord, people have always been indiffferent and selfish throughout the ages. But we also have people who are helpful and work for others as well.”

The king thought for a moment and asked “How do we find such people minister?”

“That’s easy my lord, please follow me.” replied the minister.

The minister led the king and his guards to the main street leading to the kingdom. He then instructed the guards to place a gigantic rock in the middle of the street. All of them hid behind the hedges of trees and watched to check whether anybody would remove the rock.

Hours passed, many landlords, vendors, even couple of court ministers passed with the entourage but none bothered to remove the rock. The king was getting visibly upset and was getting angry.

As dusk started falling, they saw a woodcutter walking with bundles of wood on his head. The woodcutter stopped at the rock and tried to push it away. But it was too heavy for him. He removed the bundle from his head and then tried again with the force of his back.

The rock started to move slowly, bit by bit the rock moved and the woodcutter pushed it to the side of the street.

When he went back to get his bundle of wood, he saw a small bag at the place where the rock was. Inside the bag were gold coins and a note from the king saying “Thank You for being un-selfish”.

Moral of the story : Removing each hurdle is the way to success.

The Rock On The Road

I love dancing and I am learning Bharatanatyam. I also love reading and my favourite is Dork Diaries.