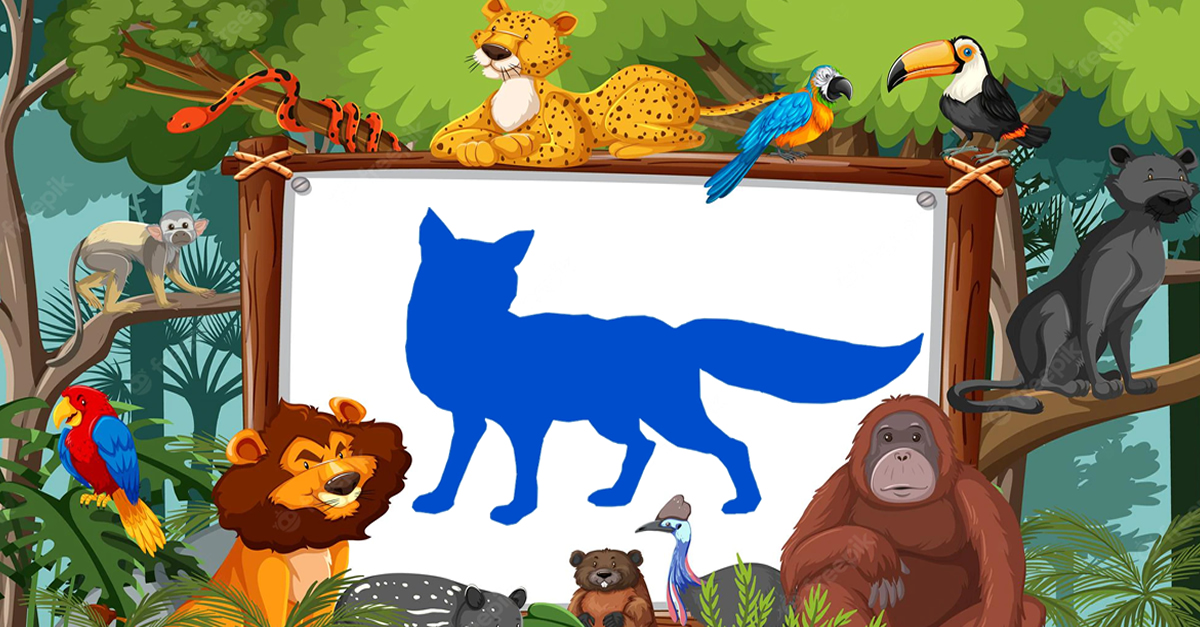 In a jungle, there lived a jackal. One day, looking for food, he wandered into a nearby village. A pack of dogs saw him and surrounded him. They attacked him and tried to drive him away. In order to save himself, the jackal ran into a nearby house. This house belonged to a washerman.

The front yard of the washerman’s house was full of big vats. The jackal jumped into one of these vats to hide himself. The dogs followed him but could not find him anywhere and went away.

After a while, the jackal came out of the vat. What he did not realize was that the vat in which he had hidden was full of blue dye and now his whole body was dyed blue. When the dogs saw him, they did not recognize him. Instead they thought it was some strange animal and ran away terrified.

He called out to them, “Friends! Do not be afraid of me. The Creator of this jungle, the Almighty God has sent me to be your king. I am here to protect you. Do not fear me.” The other animals were convinced and obeyed every instruction the jackal gave them. First he made them chase away all the other jackals from the forest. Next they were to hunt and bring him food everyday. The jackal lived this way for some days.

One day, when he was sitting surrounded by all the other animals, he heard a pack of jackals howling in the distance. Having been away from others of his kind for so long, he was overcome with joy at hearing other jackals. He raised his head and howled in response. Hearing him, all the other animals realized that they had been fooled by an ordinary jackal. They all attacked him and killed him.