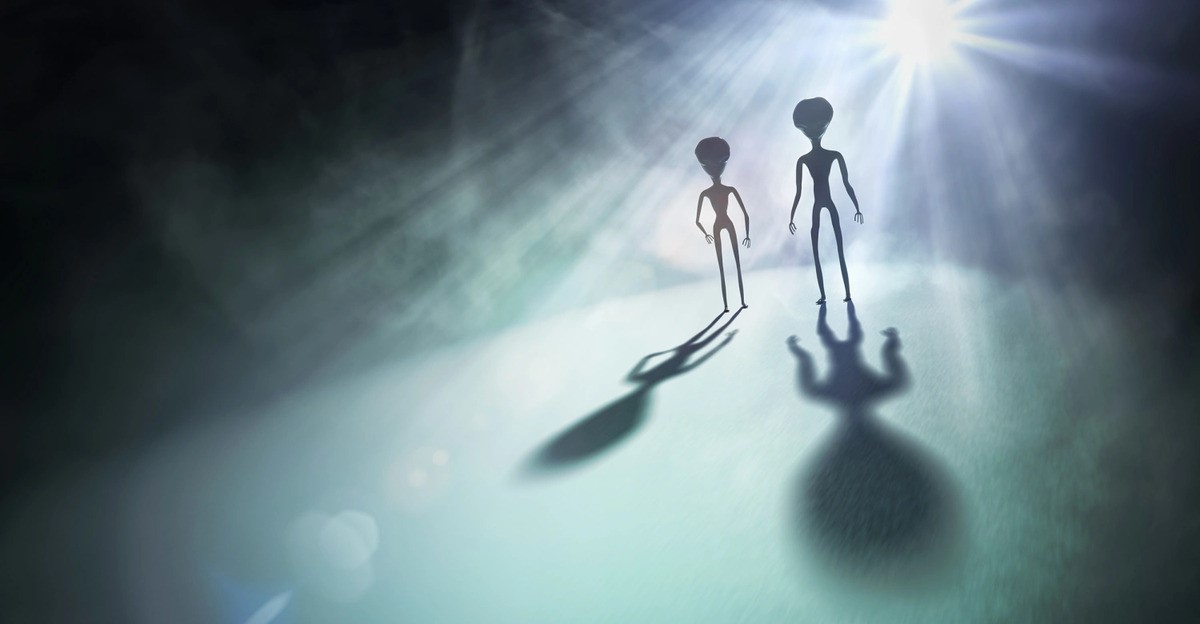 Ayaan, Bilal and Francis were playing in the park. Suddenly the wind started blowing fiercely and a huge space shuttle appeared.

The kids were surprised, but also scared to see an unusual spaceship. They had read so many stories about aliens landing on the earth, but they never thought they would witness it someday.

Suddenly, the spaceship’s hatch opened and there appeared an alien. It was tall and thin, with big bulking eyes like marbles, just like those they saw in a movie. The kids became scared so they ran to hide behind some bushes.

The alien noticed it and said in a loud voice, “Fear not friends, I come in peace! The engine of my spaceship has gone out of order. I had to make an emergency landing. Will you help me in repairing it, please?” said the alien.

The boys slowly came out from the bushes and met the alien. They were still scared but the amiable alien soon brushed their fears away. They introduced themselves and then took him to their home, where they served him food. All of them enjoyed the food. The alien was very happy as he liked the food on Earth.

The kids turned on the TV and soon there was news of an ongoing war between two countries on it. The alien asked, “What’s all this?”

Bilal told him about the war. The alien was shocked to hear about conflicts and wars. The boys then told him that while it is rare it does happen on Earth.

The kids, being curious about the alien and his planet, asked him if he could tell them his name and the place he had come from. The alien told them that his name was Spagial and then he started telling about his planet. He told them that they don’t need any money on his planet. They don’t fight each other. They could fly in space and there was no concept of time and much more about life on the planet. The boys became excited after learning about his planet.

In the evening, Spagial asked if they could help him fix his engine. Ayaan said that their uncle was a space engineer so he could help them repair the engine. They called him and told him the whole story. Their uncle immediately came and he was also very happy to meet Spagial. Uncle then started working on the engine.

At midnight, the engine was fixed. It was time for Spagial to go back. All were sad, but Spagial said that he would come again.

Just then, Francis asked, “Can we visit your planet?”

Spagial replied, “Yes, but you need to end wars and be friends with each other first. If you start living peacefully on Earth, only then you will be able to visit my planet.”

Saying this he sat in his spaceship and it flew away in seconds. The three friends enjoyed the amazing meeting with an alien, but it also made them wonder that aliens were living peacefully while we, the humans on Earth, fight for power and money.

I love writing poems and stories. Writing is my passion.