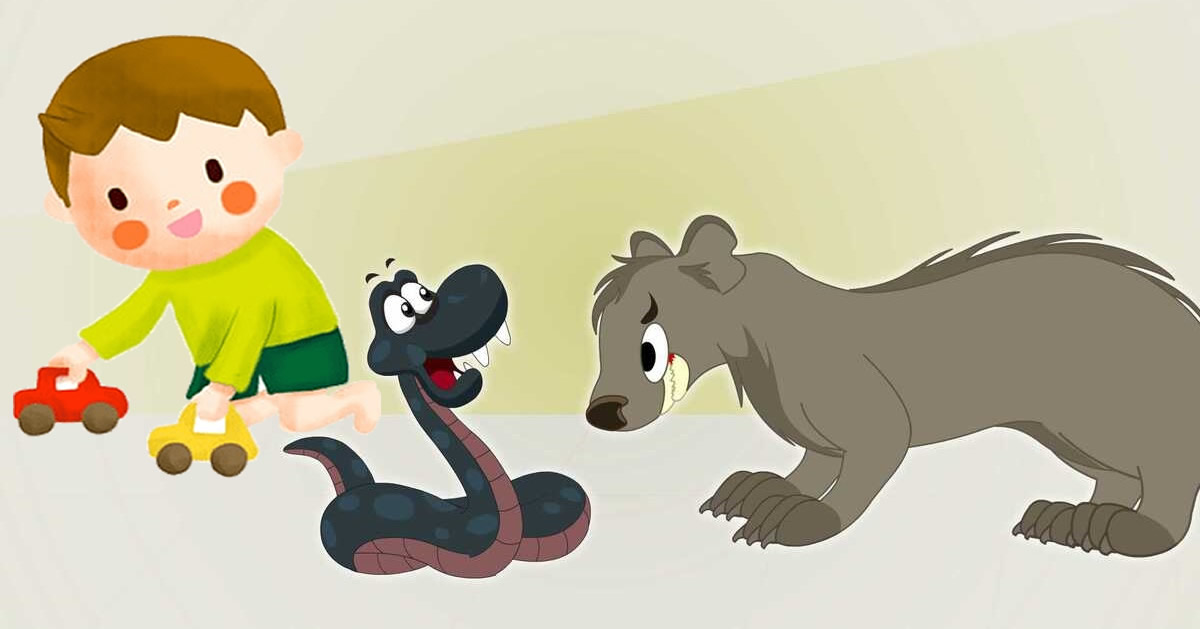 Once there was a farmer who lived with his wife and his infant son in a village. The farmer and his wife loved their son very much.

One day, while returning from the fields, the farmer found a little mongoose lying near the road. It looked pale and hurt. The farmer picked it up and brought it to his home. He told his wife that the little mongoose would be a pet for their son. His wife did not like the idea of having a mongoose near their son but accepted reluctantly.

The farmer tendered to the wounds of the mongoose and gave it food and water. The mongoose recovered very quickly. The farmers son and the mongoose started growing together.

Soon after his wife had left for the market, the farmer was called by the local moneylender. The moneylender wanted his money to be returned that he had lent to the farmer, some time back. The farmer had a good harvest that season and had the money ready with him.

The baby was sleeping and thus the farmer could not take the child with him. He placed the child in his cradle and left him with the mongoose. He believed that the mongoose was an intelligent animal and could take care of their son.

After some time, the farmer’s wife came back with a basketful of vegetables. She found the mongoose waiting for her outside the house. She looked at the mongoose and realized that something was not right. The face and paws of the mongoose were covered with blood. She was dumbstruck.

“You dirty creature, you have killed my son!” she cried and struck the mongoose on the head with her basket full of vegetables.

She ran inside and was relieved to find the baby sleeping peacefully in his cradle.

But on the floor lay a black snake, torn into pieces and bleeding. The snake appeared very poisonous. The farmer’s wife realized what had happened. The mongoose must have seen the snake and realizing that it might harm the baby, the mongoose would have torn the snake into pieces.

But what had she done! She rushed back to the mongoose. With tears in her eyes, she lifted the heavy basket and bent down to look at him. The ‘loyal’ mongoose was dead.