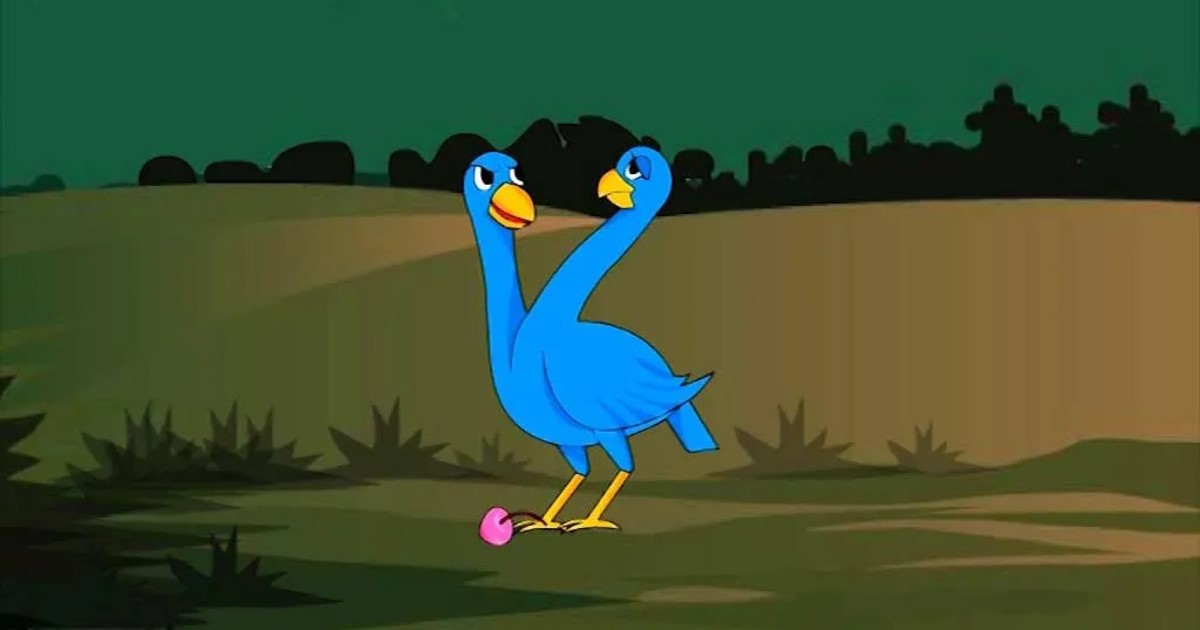 The Bird With Two Head

Long, long ago, there lived a strange bird in a huge banyan tree. The tree stood beside a river. The strange bird had two heads, but only one stomach.

Once, while the bird was flying high in the sky, he saw an apple shaped fruit lying on the bank of the river. The bird swooped down, picked up the fruit and began to eat it. This was the most delicious fruit the bird had ever eaten.

As the bird had two heads, the other head protested, “I’m your brother head. Why don’t you let me also eat this tasty fruit?”

The first head of the bird replied, “Shut up.You know that we’ve only one stomach. Whichever head eats, the fruit will go to the same stomach. So it doesn’t matter as to which head eats it. Moreover, I’m the one who found this fruit. So I’ve the first right to eat it.”

Hearing this, the other head became silent. But this kind of selfishness on the part of the first head pinched him very much. One day, while flying, the other head spotted a tree bearing poisonous fruits. The other head immediately descended upon the tree and plucked a fruit from it.

“Please don’t eat this poisonous fruit,” cried the first head. “If you eat it, both of us will die, because we’ve a common stomach to digest it.”

“Shut up!” shouted the other head. “Since I’ve plucked this fruit, I’ve every right to eat it.”

The first head began to weep, but the other head didn’t care. He wanted to take revenge. He ate the poisonous fruit. As a result both of them died.

Moral : We should never allow ego to come between relationships.

The Bird With Two Head